Franek Kluski became famous for the apparitions and lights that appeared at his séances. The lights, which from the descriptions must have been spectacular, were of many forms, shapes, and sizes. Some looked like illuminated soap bubbles, but others were elliptical or triangular, flower- or star-shaped, or, in one case, resembling an open mouth with teeth. 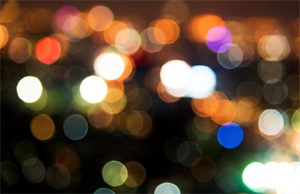 Some lights surrounded or appeared around Kluski, others manifested yards away, often swinging or dancing in the air. They were of various colors, most often green or yellow, but sometimes red or blue. Some phosphorescent hazes developed into apparitions.

Franek Kluski was not his real name, but the one he used in his séance work.  He was actually a well-bred gentleman, dignified banker, journalist, and poet named Teofil Modrzejewski, who was born in Warsaw in 1883, produced not only ectoplasm but an astounding array of phenomena.

Although he was serious about his explorations into séances, he flippantly used the name Franek Kluski–Kluski being a common pasta favored by the working-class—when demonstrating. As Zofia Weaver notes, it depicts someone clumsy and dull. Luckily for us it’s also easier to pronounce than Modrzejewski.

LIGHTS IN AND OUT OF SÉANCE ROOMS

Kluski’s electrical phenomena in and out of the séance room were spectacular. He produced illuminated discs and glowing apparitions from whose hands beams of phosphorescent light would shoot out. But in his everyday life, light hazes were noticed around him, too, and there were reports of “little fires” being seen inside his mouth.

However, these are not the only unexplained, or as yet unexplainable, mysterious lights.  Consider fire-flies:  For centuries their ability to light was a mystery, but they are very common, seen by millions of people every summer, so scientists knew they existed and sought answers.  They now tell us that when oxygen mixes with certain chemicals in the bugs’ bodies a bioluminescence is produced. It’s part of their mating ritual.  (Evidently other fire-flies are turned on by it! Sorry, couldn’t resist.)

Anomalous lights produced in séances are, however, extremely rare; most scientists have not seen them and generally deny their existence.  Therefore no theorizing, no experiments take place, and no advancement of knowledge.

There are many other lights, not as abundant as fire-flies, but less rare than those produced in séances, of unknown origin.  St. Elmo’s fire, of course has been reported for centuries by sailors, as has ball lightening, which was thought to be fiction until the crew of an airplane observed it floating down the aisle while they were aloft. Those two examples have been accepted by science and explanations proposed.

Many mysterious lights remain.  Some seen in the skies after dark are attributed to UFOs (or UAPs as the government calls them now) but there are others such as the “Marfa Lights” or other luminous sightings over wide areas witnessed by numerous people for which no convincing or definite explanation has yet been put forth.

During séances participants often notice most frequently the smell of ozone, a form of oxygen usually formed by a silent electrical discharge and often associated with psychokinetic manifestations. But other odors, such as the scent of roses or the unpleasant stench of animals or disease, are also be sensed at times.

Several people reported that ectoplasm had an odor similar to semen.

Kluski would also absorb odors from his surroundings, the aroma of blossoms from trees he walked among, for example.  He would then emit that aroma for days afterwards.

In D.D. Home’s séances, too, fully materialized forms, lights, or luminous objects would variously appear in the room. Music would be heard when there were no instruments around and voices and odors were also present without any seeming sources. The sounds of instrumental music and multiple voices singing was a feature of Indridason’s séances as well.

D.D. Home also had the uncanny ability to handle red-hot coals without harm and to temporarily transfer that ability to people or to an object, such as a thin cloth handkerchief.

His imperviousness to being burned and to confer that ability to others is described by a Mrs. Hall in a letter to Lord Dunhaven.  She wrote that Home went to the fireplace where he poked the fire

[W]hich was like a red-hot furnace, so as to increase the heat; held his hands over the fire for some time, and finally drew out of the fire, with his hand, a huge lump of live burning coal, so large that he held it in both hands, as he came from the fireplace in the large room into the small room; where, seated round the table, we were all watching his movements.  Mr. Hall was seated nearly opposite to where I sat; and I saw Mr. Home, after standing for about half a minute at the back of Mr. Hall’s chair, deliberately place the lump of burning coal on his head! . . . Someone said—“Is it not hot?” Mr. Hall answered – “Warm, but not hot!” Mr. Home had moved a little away, but returned, still in a trance; he smiled and seemed quite pleased; and then he proceeded to draw up Mr. Hall’s white hair over the red coal.  The white hair had the appearance of silver threads, over the red coal.  Mr. Home drew the hair into a sort of pyramid, the coal still red, showing beneath the hair; then, after, I think, four or five minutes, Mr. Home pushed the hair back, and taking the coal off Mr. Hall’s head, he said (in the peculiar low voice in which, when in a trance, he always speaks), addressing Mrs. Y, “Will you have it?” She drew back; and I heard him murmur, “Little faith, little faith.” Two or three attempted to touch it, but it burnt their fingers.  I said, “Daniel, bring it to me; I do not fear to take it.” It was not red all over, as when Mr. Home put it on Mr. Hall’s head, but it was still red in parts.  Mr. Home came and knelt by my side; I put out my right hand, but he murmured, “No, not that; the other hand.” He then placed it in my left hand, where it remained more than a minute.  I felt it, as my husband had said, “warm”; yet when I stooped down to examine the coal, my face felt the heat so much that I was obliged to withdraw it . . . When Mr. Hall brushed his hair at night he found a quantity of cinder dust.

NO LIMIT TO KINDS OF PSI PHENOMENA?

There are many more varieties of phenomena that I have neglected to mention or have not as yet heard of. As in RSPK (poltergeist) cases, the kinds of phenomena are probably as many and as varied as the subconscious imaginations of the persons involved.